Reflections on spirit, identity, and consciousness.

It began in Bangalore. Local artist Sandya Shetty—who will have her first exhibit of the year, Eternal Energies, this week in Dallas—first practiced her craft doodling in class, her impromptu figure sketching a source of amusement among her friends and classmates. She still remembers, at age 15, winning a design competition for the school yearbook, her prize submission being printed on the cover of every copy. It’s no surprise, then, that almost four decades later she is still creating what makes her most proud: art.

“I didn’t make a conscious decision to return to the art world,” says Shetty, who only began painting again after a long hiatus in her early adult years. “When my first son was very young, I would want to paint in my free time – I started casually painting images from greeting cards, and then started reading about various painting techniques. I also fervently watched art and painting shows on television.”

These small steps triggered a much larger change. The happiness, pride, and sense of fulfillment in art—reminiscent of her early childhood days scribbling in her notebooks—returned in full force. Something clicked inside, and Shetty hasn’t looked back since. “When I first picked up my brush those 20 years ago, I felt like I was coming home. It felt right. I made a mistake of not pursuing it earlier, as I thought I would not be able to raise kids and paint at the same time. The desire to paint, at that time, seemed all-consuming, and it really frightened me. Later on, when my older son was in his teens, I took classes from artists I admired in India and Dallas to improve and learn more, and also spent most of my time observing paintings in the museum to learn from past masters. Now I look and absorb everything.”

Though raised in Bangalore, Shetty’s experiences growing up and being educated in London and America inevitably influenced her universal themes and artistic fusion of perspectives. Her work is unique, and in a world awash in the tides of corporate and cultural globalization, Shetty’s canvas often serves as the artistic expression of such ideas, her work engaging with religious and secular ideals simultaneously. She admires artists both present and past—JMS Manni, Perumal, Chagall, and Turner,Redon,Dove are just a few of the diverse artists who influence her. In the years since her return to the art world, her work has been showcased both locally and internationally, from local Dallas spaces to respected galleries in Bangalore.

Eternal Energies, hosted by the Janette Kennedy Gallery, will be on view from June 25 until July 9. It will feature nearly 40 works by Shetty, including her highly regarded Indo-American Flag Series, which tries to reconcile the cultural identities of India and America, as well as paintings inspired by the cosmic form, as seen in her Formless Form Series. In addition, the exhibition will present multiple works that display Shetty’s love for metaphysical aspects and the creative mystery of life. Together, these paintings form a powerful, and wide-ranging, collection of works that shed light on Shetty’s artistic prowess and skill for rendering concepts of emotional resonance.

“It was a very gradual process, wherein one step led to another,” says Shetty, speaking on the slow formation of the Eternal Energies exhibit. “Each year I had a different inspiration, and was learning and absorbing more ideas. It is an amazing, heady feeling - before I knew it, I had a house full of paintings which needed a new home. Some, I’m very attached to; either way, the paintings over time accumulated, hence the current show.”

Shetty has honed her skills through years of precise practice and self-teaching. Her constant experimentation with unconventional styles and artistic concepts and methods is a testament to her innate need to fully express her own sensibilities and experiences. She is a lifelong student and sustains her artistic growth through the perpetual study of paint, art, and the different aspects of creation.

“For me, the greatest joy is to see someone look at my painting and truly feel something, whether it’s happiness or sadness, fear or elation,” said Shetty. “I am trying to evoke an emotional response. This collection, which tries to coalesce two parts of my identity, was especially difficult, but my hope is that people of all backgrounds will be able to look at the paintings and understand the complexity behind them.”

And though her painting career has slowly grown through the years, Shetty still finds solace and satisfaction in the support of her dear ones. From a girl in Bangalore winning local art competitions, to an internationally exhibited artist, she has sustained her love for both art and the people around her.

“I also have to mention that all this would not have been possible without the help and support from my family,” said Shetty. “My husband, Mahesh, and my boys, Sharan and Rohan, keep me focused and grounded, not to mention help with technology, which I am terrible with! I sometimes live a lot in the internal world and forget the external, so family and friends are good to provide a balance!" 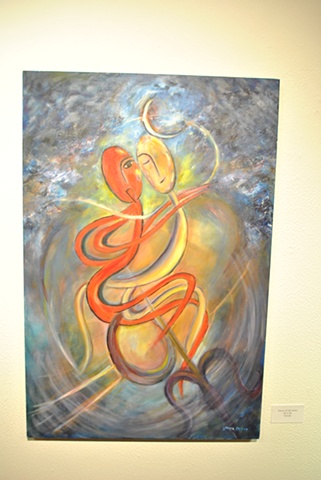 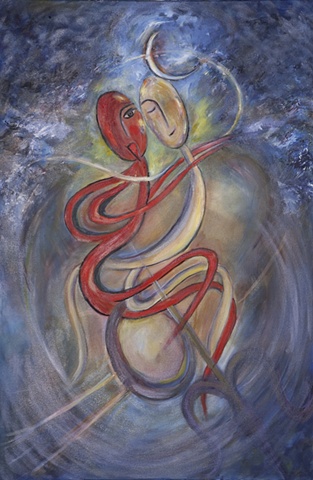 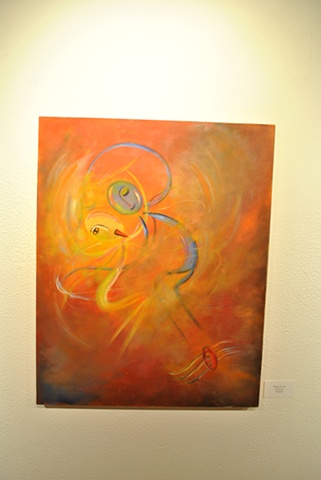 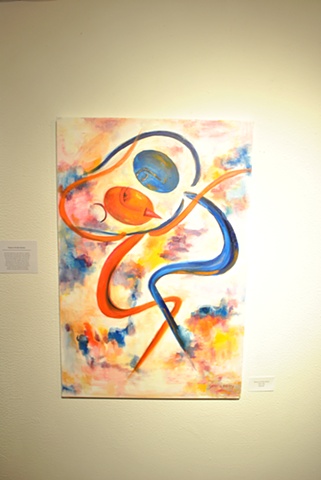 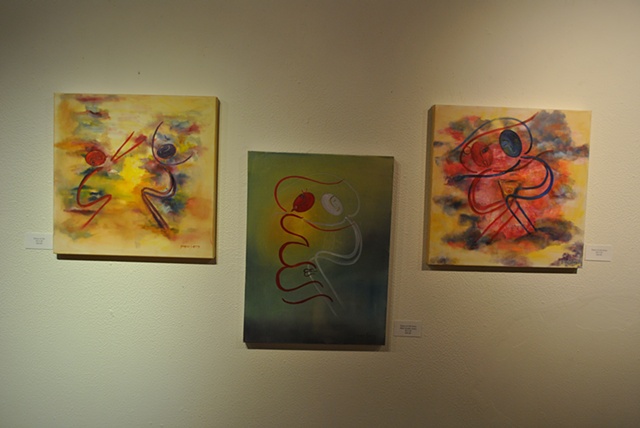 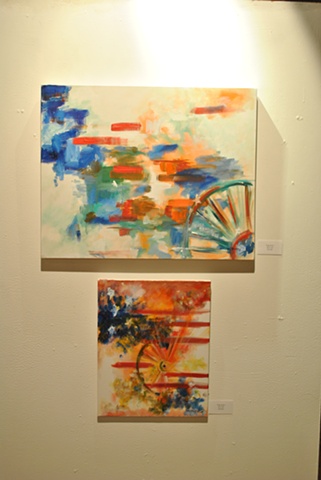 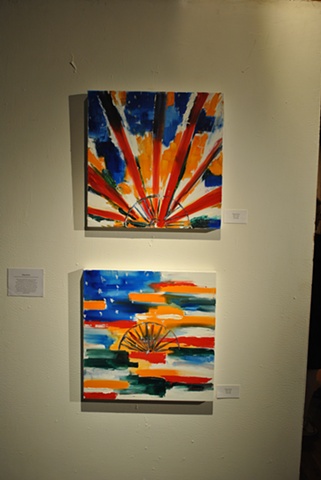 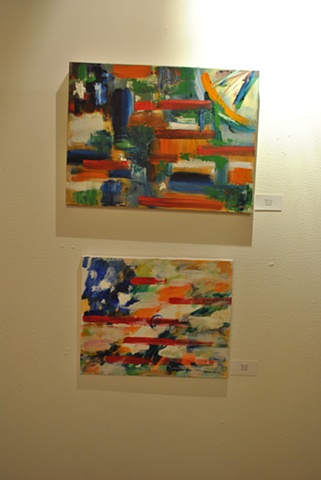 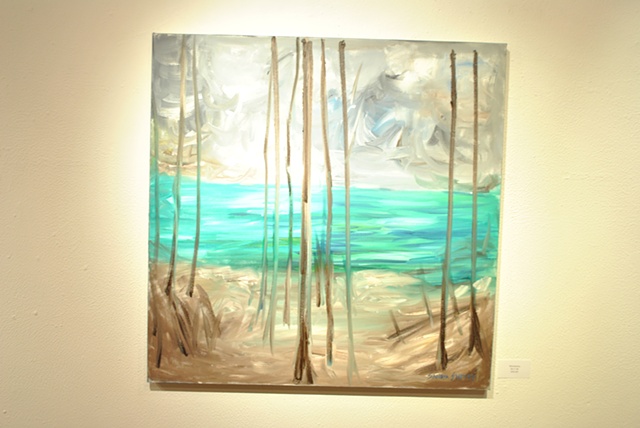 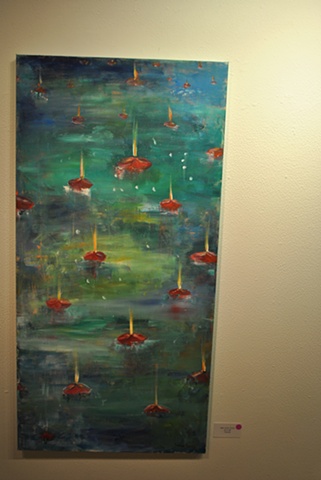 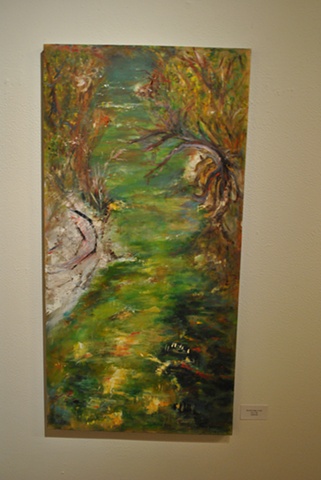 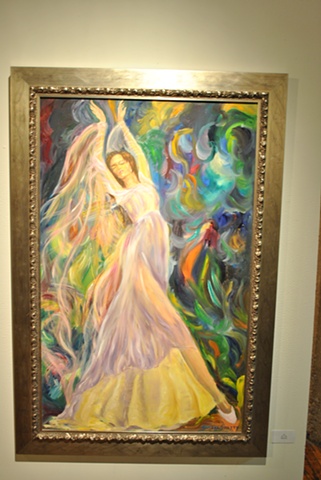 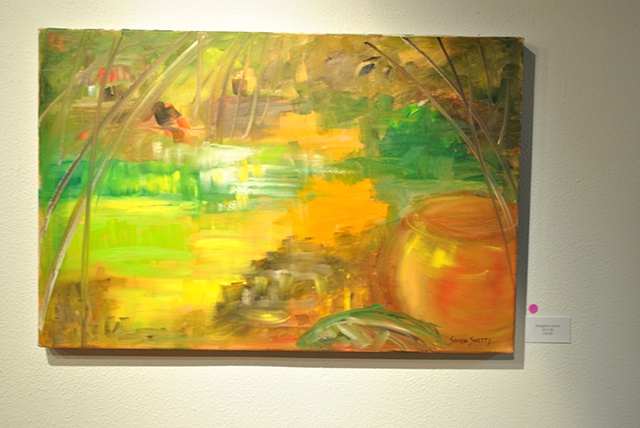 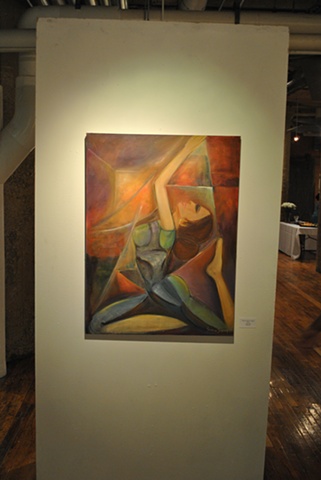 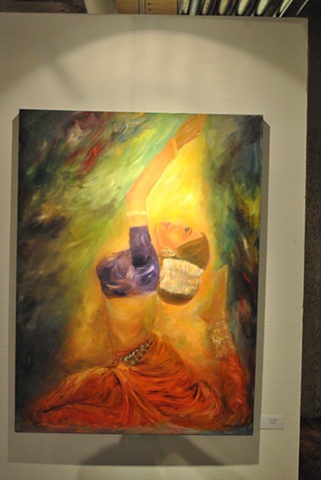 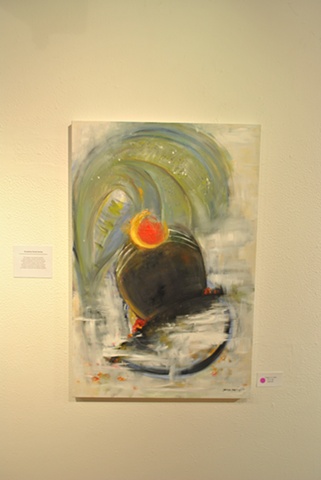 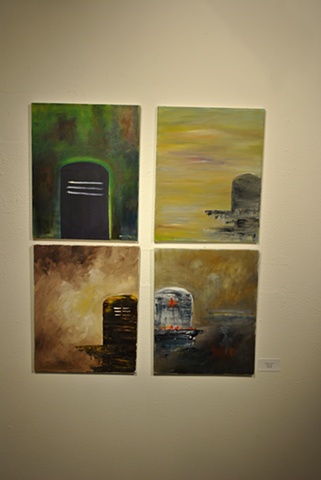